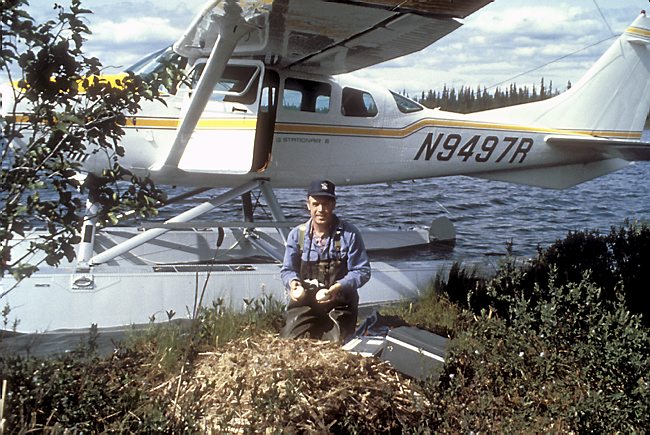 Interior Population trumpeter swans (Cygnus buccinator) have high intrinsic and economic value as a protected wildlife species. For example, Minnesota citizens enthusiastically invested in the restoration of trumpeter swans through the check off donation and other funding sources to the Minnesota Department of Natural Resources (MNDNR) Nongame Program since the mid-1980s.

The Interior Population of trumpeter swans has increased dramatically since they were re-established beginning in the 1960s and 1970s and both population size and distribution have expanded significantly. Trumpeter swans in Minnesota are an example of such increases, with an original reintroduction goal of 15 breeding pairs and a revised interim goal of 500 individuals by 2001. The Minnesota population was estimated at >17,000 in the most recent North American survey in 2015, and estimates of population annual growth rate based on trumpeter swans observed on annual Minnesota waterfowl surveys is as high as 20 percent since 2000.